So I got a new Bible for Father’s Day. I held my old one up a few weeks ago during a sermon, and the gift idea was born. And as you can see by the picture, my old Bible was looking quite the worse for wear. The binding along the spine is peeling off. The edges are quite tattered. Just a few letters are still visible from the engraving. And then there is that crease right down the middle of the cover. I think that comes from folding it back to keep my place when speaking, a habit I probably picked up by copying one of my favorite peachers (just don’t know which one.)

Last Sunday I preached for the first time with the new one. And I was proud to. After all, its leather cover still shone, all my name was beautifully engraved, and the edges were still gilded in silver. So I entered the pulpit, put out my notes and began. I opened my Bible to the passage,  laid it on the pulpit and moved away (apparently I wander back and forth when I speak). And when I came back to read the text, the Bible was closed. Which would have been fine had I used the handy ribbon marker to hold my place. But I didn’t. So I had to fumble through it to find what I wanted. And then I read it. And laid it down once again. And it closed again. And I didn’t mark my place again. So I found it again and carefully put it down to see if it would close. Which it tried to do. But I caught it. And decided to turn it face down to hold the page. But as I wandered off, I felt bad about doing that to a new Bible. Instead I picked it up and carried it around the rest of the morning. But NOT with the cover folded back like I did with the old one that caused the crease.

I learned something else using the new one for the first time: they moved things around in it. Now before anyone gets the wrong idea, let me explain. All 66 books are there, with all their chapters and verses in the right order. It’s just that I am very visual, especially as it relates to my memory. I had used the same Bible for more than 10 years; and I knew, for instance, that Psalm 23 was on the left page, about 1/2 way down the right-hand column. That John 14 is on the right page, left-hand column almost to the bottom. That Revelation 21 is also on the right page, left-hand column just a little higher than John 14 starts. Needless to say, they didn’t exactly get printed in the same places. Which makes it a little disorienting for me to use it. What’s a preacher to do?!?

After thinking for a while of just using the old one (and also hoping my kids wouldn’t notice or be offended), I changed my mind. I think I’ll just take the plunge and use the new one. After all, it’s really like getting to know an old friend. And I think that in a few years I’ll pull out the old one and lay them side by side. Who knows what stories the creases and tatters on the new one might tell.

Please Note: I originally wrote this after Father’s Day 2009.  And for the record, no, I did not wait 14 months until last Sunday to preach from my new Bible.   Although, to be honest, it did take quite a while for me to “retire” the old one. 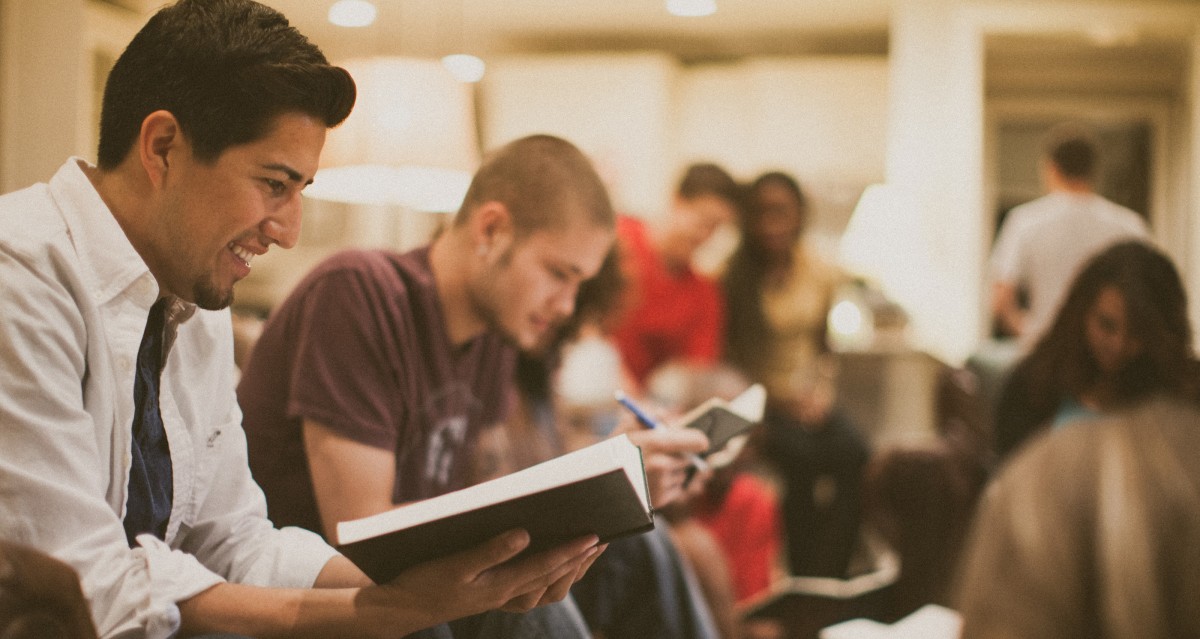