Of Death and Taxes

Home » The Pastor’s Blog » Of Death and Taxes 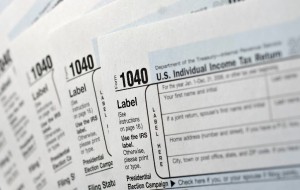 “In this world nothing can be said to be certain, except death and taxes.”  Benjamin Franklin in 1789

Today, like many others judging by the insufferably long line at the post office, I sent my check to the IRS.  But then I just heard that about half of Americans do not pay any income tax.   So maybe one is more certain than the other.  Which is why I have been thinking more on the fact of death lately.  Or rather, I should say the death of death has been on my mind.

It strikes me how much of our lives are impacted, and really even shaped by pain and sickness and even death.  Two of the most vivid memories of childhood for me involve them.  There was my baby sister, about a year old, lying in a hospital crib connected to all manner of tubes.  Missing Thanksgiving.  Undergoing major abdominal surgery.  Sporting a scar along her belly that seemed half as long as she was.  Making the medical text books because of the rarity of her illness.

There was my Granddaddy, who owned a local gas station and garage.  My brother and I fighting to go to work with him to watch him work on cars.  Who taught me how to use his Gravely mover, which was a monster to this boy learning how, my Granny’s shorn geranium bed proving it.  I remember exactly where I was when they told me the ambulance took him to the hospital.  Next thing I remember is visiting the funeral home.  I will never forget the smell of the flowers from that place.

These things also impacted the earliest days of my ministry career.  Three months into my first pastorate, after church on a Sunday evening, something happened.  I wasn’t sure what, only that there was commotion in the parking lot and people saying we needed to pray.  Somehow a 12 year old young man from our church was hit by a car and was tragically killed. This was to be my first funeral service.  What do you say in a situation like this?  And how do you comfort grieving parents, who I would see in the months after the accident sitting in their car in the parking lot looking over the place where their son died?

There was Caroline’s 1st birthday party.  Before they left, my parents told me that my dad had a problem in his shoulder that doctors were worried about.  “Nothing to worry about, just wanted you to know.” A few tests later and it was cancer.  Surgery was scheduled.  We waited in the hospital to hear from the surgeon.  Bad news – it has metastasized and there is nothing that can be done.  Radiation.  Chemotherapy.  Hospice.  An early Sunday morning phone call and he was gone.

Six months later to the day, Thanksgiving Day to be exact, we find ourselves in another hospital.  It’s Denise’s dad this time.  A stroke.  He has had more than his fair share of illness in his life — kidney failure, dialysis, a transplant, and heart surgery.  But we didn’t expect this.  Not that anyone ever does.  Born on Christmas Day.  Dies on Thanksgiving.  We’ll never look at these holidays quite the same.

These are my experiences.  You have your stories as well.  Stories that have marked us, and even shaped our lives in very significant ways.  What would our lives be like if we never experienced these moments?  Some would be quick to say ‘better’.  But all would admit they would be at least ‘different’.  Which brings me to the most striking, at least for me, description of heaven.  The apostle John has seen some amazing things in this vision we call the book of Revelation.  But near the end, he sees the city of heaven arriving.  And he hears the king of heaven declaring that in those days, “There will no more death or mourning or crying or pain, for the old order of things has passed away” (Revelation 21:4).  The very things that are huge in my life story now don’t matter.  They don’t register at all.  Things that were the ultimate certainties of life are now done away with.

I have heard many descriptions of heaven, and most talk about its streets of gold and many mansions.  Nice things to be sure.  But I’ve been in some amazing mansions.  And while I’ve never walked a street of gold, I have seen some opulence than comes close.  But “no more death or mourning or crying or pain” I simply have a hard time wrapping my mind around because of everything I have written already.  But because of Jesus — the one who experienced the most horrible death imaginable on my behalf — I will get to try.